The Greatest Show Under One Tent! 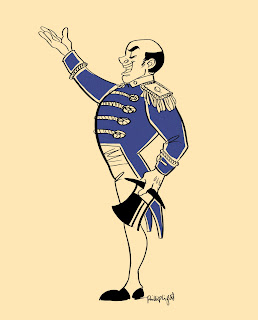 The Ringmaster has loved the circus since he was a little boy and it had always been his dream to be the ring master of his own circus. He is a boisterous man with a huge booming voice as all Ring Masters should have. He is always very loving and is considered a father figure to all of his circus family. 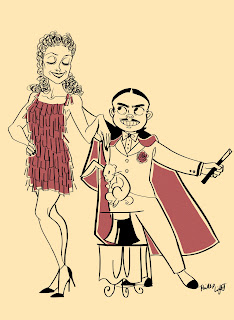 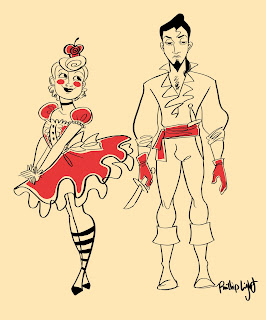 The Knife Thrower is from Russia and has been playing with knifes since he was a little boy and has since become very skilled with the craft of knife throwing, his aim is always precise. His skills with the knife and his handsome looks is what attracted his assistant The Human Target. She went to the circus when it stopped in her home town one afternoon and fell instantly in love with The Knife Thrower. To be near him always she ran away from home to join the circus as his assistant, but unfortunately the love between them is one sided. 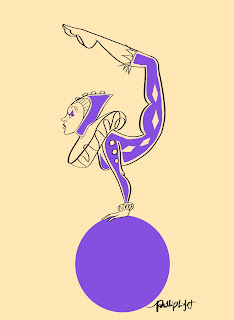 The Acrobat is a woman of mystery. She says little and shares little about her life history, but what she does in her acrobatic act is pure beauty and always leaves the audience in awe. 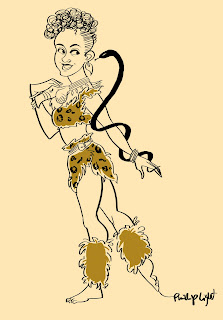 The Ringmaster had heard of a woman from the Amazon who had the amazing ability to speak to animals. He was in need of an animal trainer so he journeyed to the Amazon and sought her out in her village within the Amazonian jungle. The Animal Trainer loved her village, but had always wondered what the outside world was like. She went with The Ringmaster and is now part of one of the audience's favorite acts where she speaks to the animals and performs some of the most daring and amazing tricks alongside them. 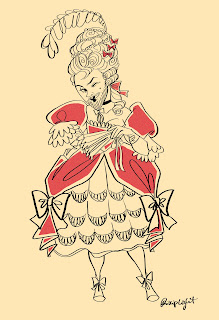 The Bearded Lady was one of the first people to join The Ring Master's circus. She dances, she sings, she reads poetry, all the while leaving the audience mystified as to what gender she truly is. Not even her circus family know her true gender and all of them are too embarrassed to ask, because after all, you never ask such questions of a lady. 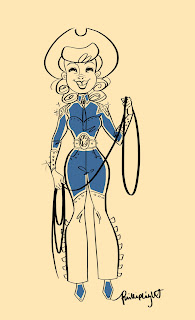 The Cowgirl was one of the last to join The Ringmaster's circus. She came from Texas and was revered as one of the greatest female rodeo performers in the whole state. It was hard to convince her, but The Ringmaster managed to get through to her that his circus needed someone of her skills in their act, and she couldn't agree more. She agreed to be a part of the circus as long as she could be the opening act.

I was trying out a different style using line and shape. It was fun creating these characters and figuring out what sort of background stories they would have and how they contributed to The Greatest Show Under One Tent.
Posted by Phillip Light at 8:26 PM

Phillip Light
I am an Entertainment Design Major at Art Center College of Design and working towards a career as a Character Design/Visual Development artist for animation. If you have any questions or business inquiries please contact me at Phillip-L@hotmail.com